Home Featured Why 2019 IPO UBER Is Ready To Go Up, Up and Away

The novel coronavirus has sparked a substantial market selloff, with February seeing $6 trillion in value wiped off from the global markets in just six days and March’s volatility setting off several market circuit breakers. Uber (NYSE:UBER) shares are no different and have taken substantial hits this year. But before the new coronavirus outbreak, Uber’s stock was starting to gather steam after several rough quarters…

The multinational ride-hailing company lost nearly $8.51 billion in 2019, and analysts felt that it’s highly anticipated initial public offering was an abject failure. Normally, that would lead you to wash your hands of the stock … but the company has taken steps to put UBER on the path of profitability, with management acknowledging the need for course correction.

Uber stock has a lot of potential upside, and I believe that its network gives it a substantial competitive advantage to turn the other cheek before the year is over. 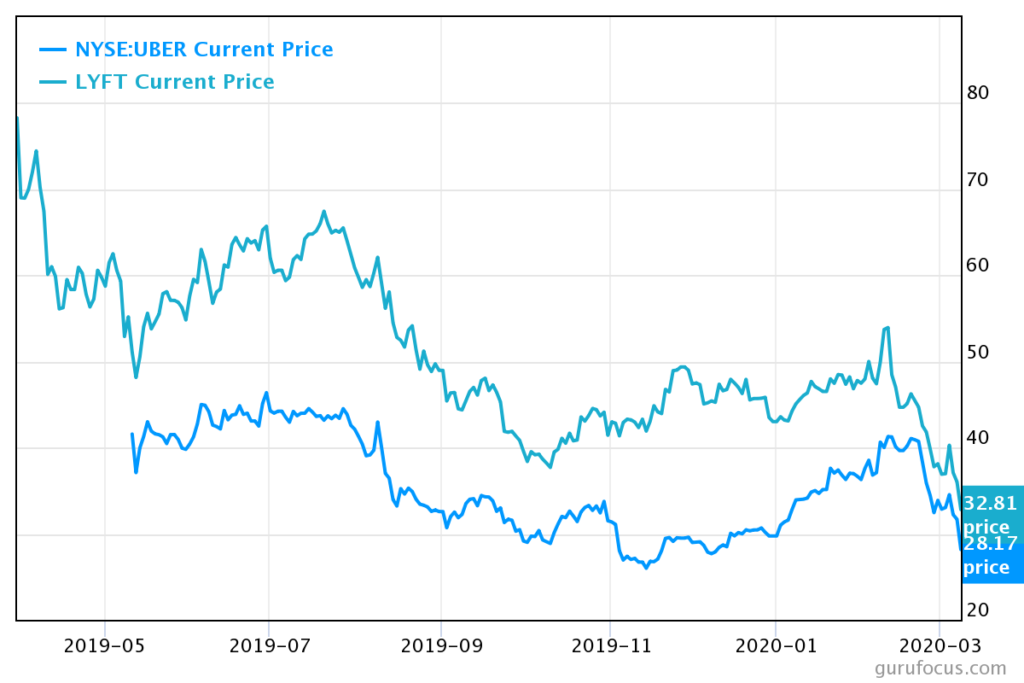 Ever since its IPO in May 2019, the multinational ride-hailing company has suffered substantial losses. furthermore, its credibility took a beating under CEO Travis Kalanick. However, since his departure, CEO Dara Khosrowshahi has steadied the ship, leading to stability in the boardroom.

Khosrowshahi has focused on streamlining costs and improving the company’s image and the fourth quarter of 2019. Revenue increased 37% from a year earlier to $4.1 billion in the fourth quarter, and it was largely down to its ride-hailing business.

Uber has its sights set on becoming the “Amazon Marketplace” for transportation. As its IPO approached, the company pitched itself as a comprehensive platform for logistics and transportation. It is also quite a diversified company with segments including Rides, Eats, Freight, Other Bets and Advanced Technologies Group (ATG) and Other Technology Programs.

In 2019, Uber Eats managed to post a 73% year-over-year increase in revenue. To shore up its balance sheet, the company divested 10% of its India business to a local competitor, Zomato. The company also made a strategic decision to suspend its operations in South Korea. Investment firm Cowen believes Uber Eats will not be profitable until 2024, where it would be able to shrink the loss per order from $3.36 currently to 46 cents.

An important aspect to note is the lack of competition the company has in this division, presenting a unique opportunity for the company to expand on the sector once it clamps down on costs.

Uber Freight presents a similar opportunity. The segment witnessed a 105% increase in the revenues in the year. With an aggressive revenue sharing strategy, the division has been able to market the platform to top carrier.

Uber is pumping millions of dollars in self-driving cars, sales and marketing. The company has spent over $1 billion on its autonomous vehicles division, however, the company’s R&D spend is not capitalized on its books and this is one of the major reasons why tech companies are…

Coupang Continues to Grow Like Gangbusters. Does That Make the Stock a Buy?

How Uber Lost $5.5 billion on 4 SPAC & IPO Stocks. How it Got There, How They Imploded